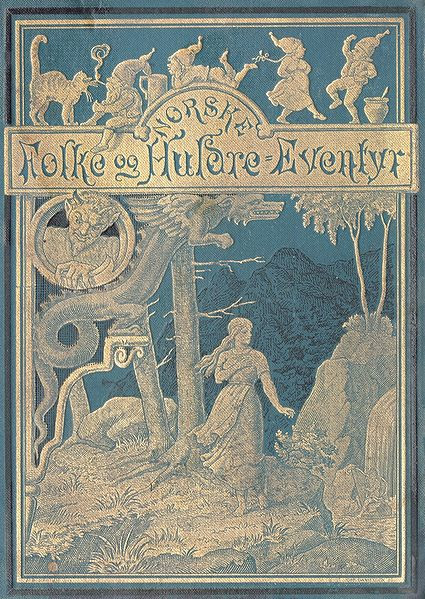 Norske Folkeeventyr (Norse Folktales) is a collection of stories compiled and published by Peter Christen Asbjørnsen and Jørgen Moe in the mid-19th century, and republished in its most popular form (still used today) in 1879.

The collection was part of the great romantic nationalist movement in Norway in the 19th century, and it was the contention of Asbjørnsen and Moe that the stories represented a direct line back to the pre-Danish age of independence in the Middle Ages.
According to the introduction to the English 1982 edition,


Norwegian folk tales...contain an undertone of realism and folk humor that makes them unique...

Rural life in Norway has always been centered in the family farms--small isolated communities, often surrounded by great forests and high mountains. There, according to [illustrator Erik] Werenskiold's description of his childhood home, "one sat in the darkness by the oven door...from the time of the tallow candle and the rush light...in the endless, lonely winter evenings, where folk still saw the nisse and captured the sea-serpent, and swore that it was true."

The tales feature creatures like trolls, huldra (which is how Oleanna describes herself at the beginning of Oleanna), ridiculous parsons and bumbling kings, and heroic boys from humble homes.


The Trolls are awesome, but stupid, and are invariably outwitted and vanquished. The hero is Askeladden (literally, the Ash Lad, because he always sits by the fire and roots and pokes in the ashes). He is the youngest, the dreamer, the "ne'er-do-well", often despised by his parents and brothers. However, he is kind and honest, and possesses an open, unprejudiced mind. Of humble birth, he surmounts overwhelming obstacles to win the princess and half the kingdom.

You can read all of the tales in the collection online at the lovely Sur la Lune fairy tale site.
However, that's only part of the story. Because the book design and illustrations by Erik Werenskiold and Theodor Kittelsen from the late 19th century really bring these tales to life.


The tales, as illustrated by Werenskiold and Kittelsen, quickly established themselves as a national treasure. There is no doubt that they have had a considerable impact upon Norway's cultural history, and they are cherished and read with as much enthusiasm today as when they were first published. 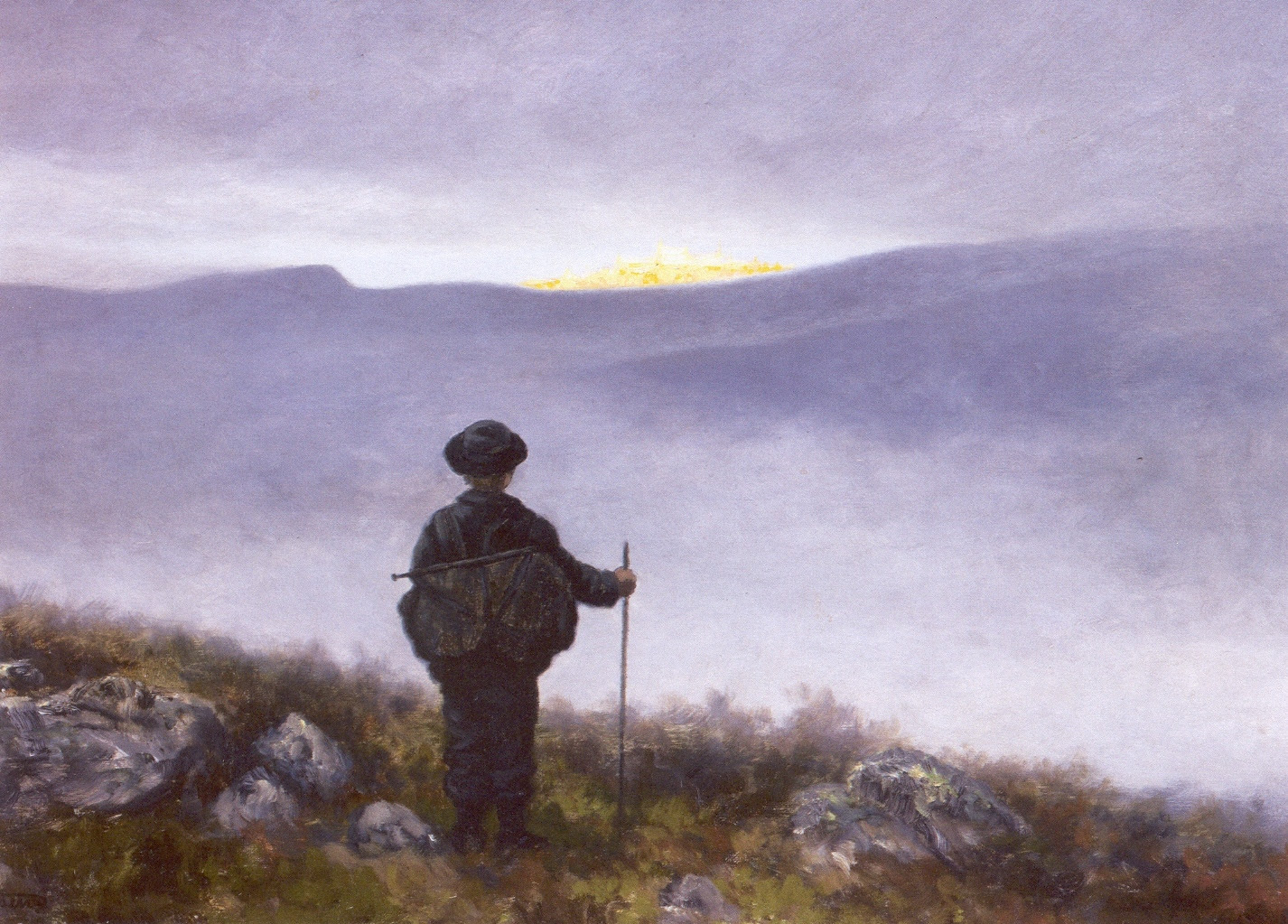 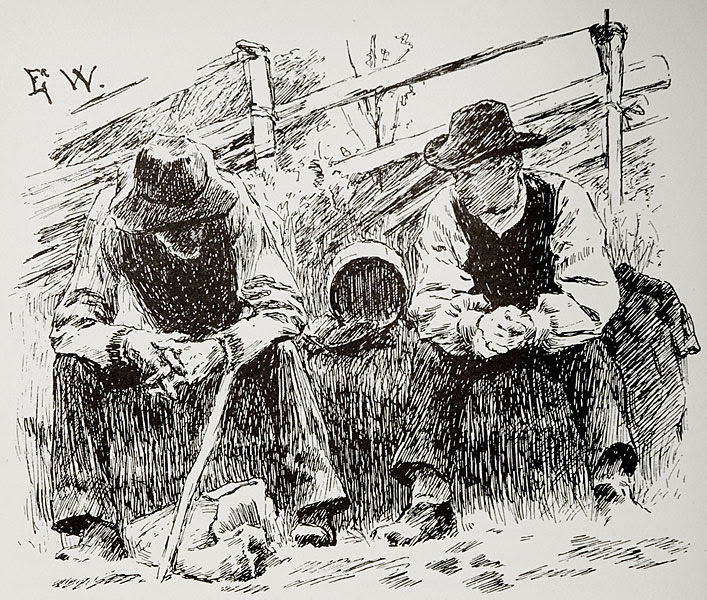 The Boy with the Beer Keg; illustration by Werenskiold 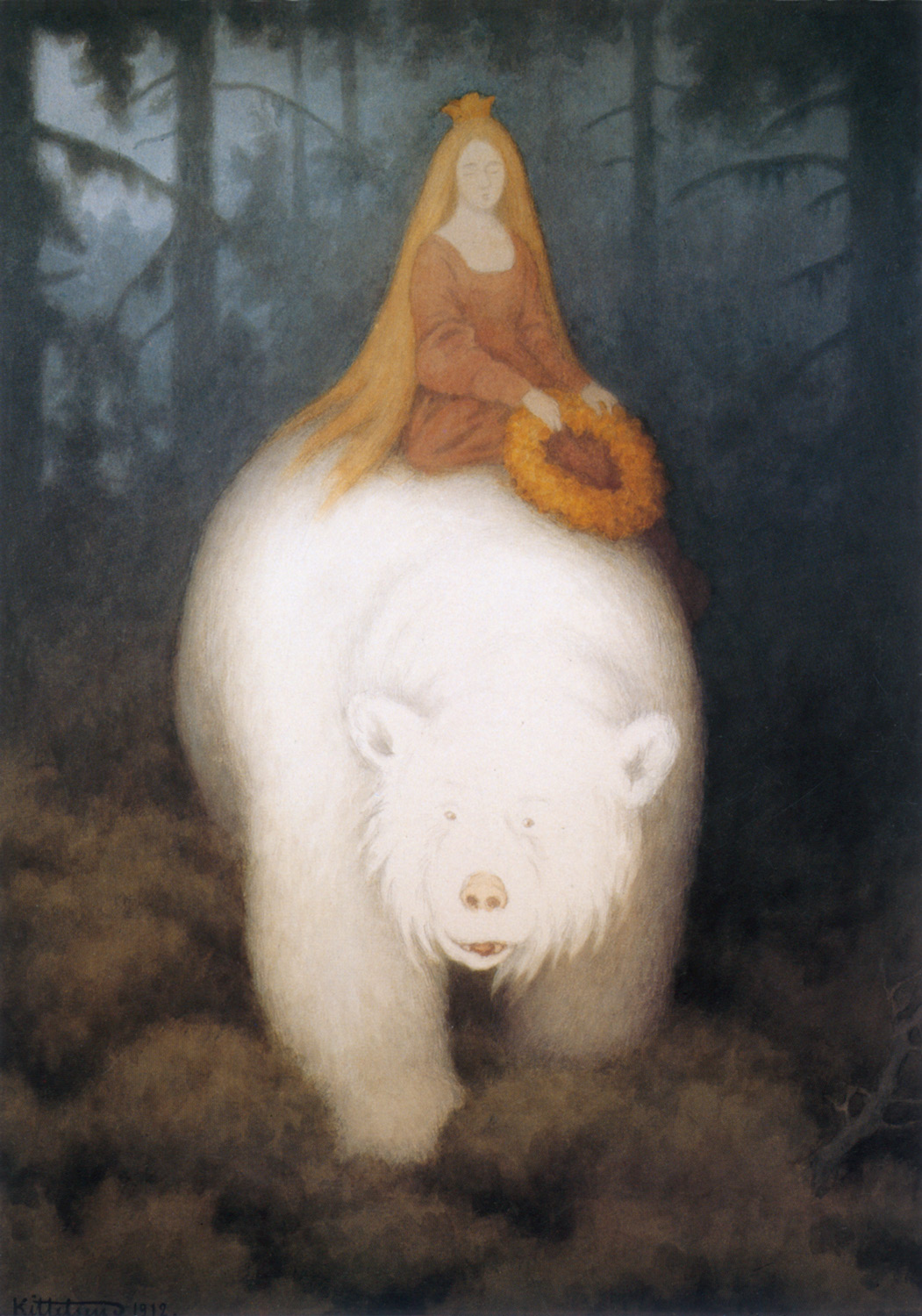 White-Bear-King-Valemon; illustration by Kittelsen
Posted by Julie K. Rose at 5:07 AM