The World of Oleanna: 19th Century Norwegian Emigration to the U.S. 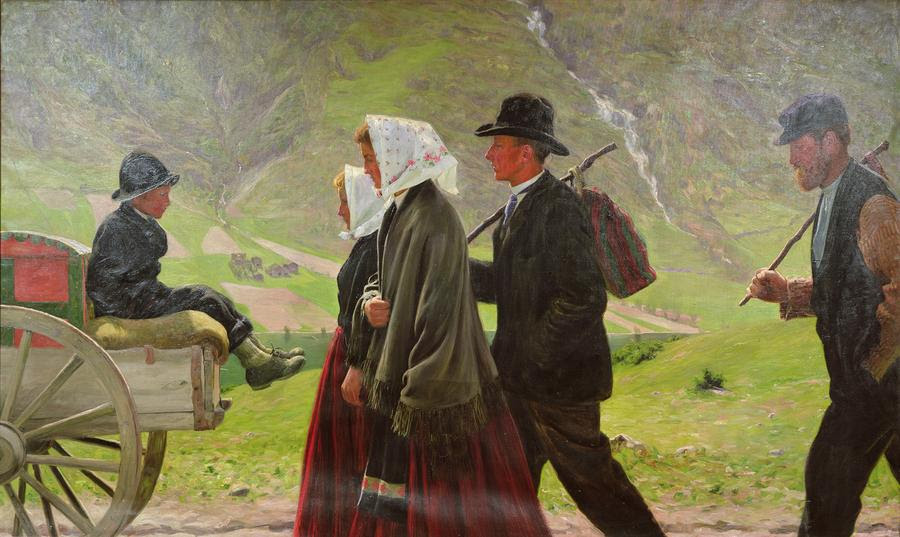 The nineteenth century was the Great Migration of Norwegians to America. It was a massive movement of people; in fact, per capita, only Ireland exceeded Norway in emigrants to the United States.

But taking the great ships to England, and thence across the sea was only part of the story. Internal migration was common in the 19th century. Farmers in the land-poor south began to move to the areas of Trondelag and beyond. Other internal migration paths were from the coast to the inland regions, and from the country to the city. But the scale of these internal movements paled in comparison to the emigration to America.

It might not seem like a huge number in comparison with other immigrant communities in America, but consider this: the total number of Norwegian emigrants to America from 1825-1925 was more than 800,000--a third of the country's population.

So why did they emigrate? Each story is different. The early emigrants left for more religious freedom, but many left because of (perceived) economic opportunity--the "oceans of wheat" John imagines in Oleanna.

The reality, of course, was much different--a great deal of toil and hardship, on farms and in homes as hands and servants, in the valleys of Wisconsin or on the windswept prairies of the Dakotas. It's interesting to note that 20,000 Norwegian-Americans moved back to Norway due to bad economic conditions in the US in 1907 (according to the 1910 census).

Nearly 500,000 of these immigrants arrived in the U.S. via the port of Quebec, and then most took the train to the upper midwest--Minnesota, Wisconsin, the Dakotas. According to the U.S. Census Bureau, "Selected Social Characteristics in the United States: 2009", Minnesota currently has the highest number of (self-identified) Norwegian-Americans in the United States (868,361), followed by Wisconsin (466,469), California (412,177), Washington (410,818), and North Dakota (199,154; this is also the highest percentage by population, 30%). Norwegian-Americans are currently the 10th largest ancestry group in the United States.

And like most immigrants, they sent money back to their families "at home", and worked to maintain their cultural heritage in a new land.